Well, I got rear ended the other day driving home from work. Surprised me.

Even more surprising was the driver who rear-ended me did a hit and run. Took off in her car. I chased them, tried to get then to stop. They kept moving over to the right to get off the highway. I followed them. They exited but got stuck at a light. I got out and tried to get their information. They just yelled at me. So, I took a picture of their license plate. A witness had called 911 and followed us off the highway. Nice guy. I chased a bit more then let them go. What’s the point?

My wife and the police later told me not to do that again.

The reporting St. Louis City Police officer was great. Made a police report. 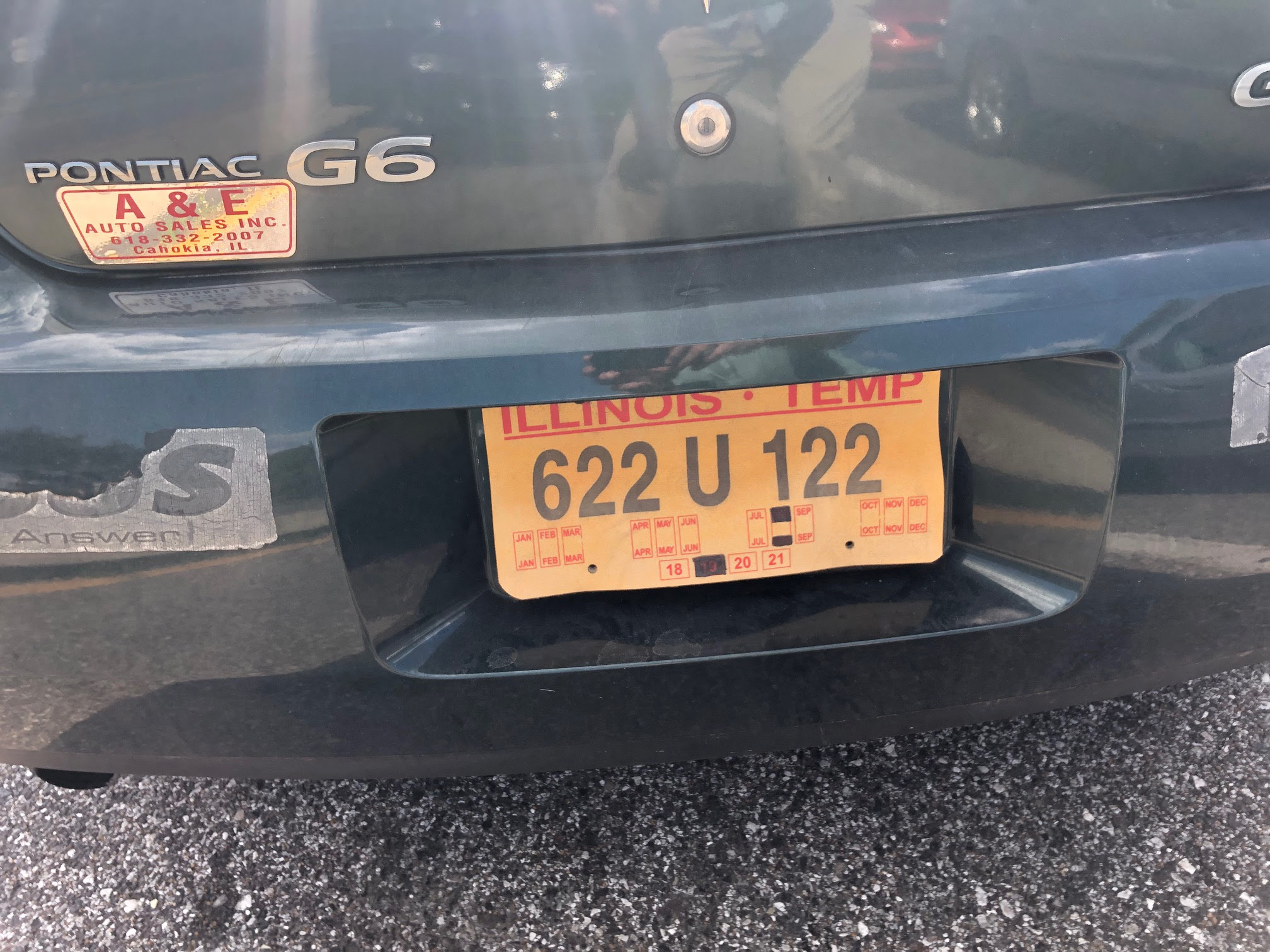 The next day I called my investigator:

Me: “You get the picture I sent? Can you run that plate?”

Investigator: “Temp tags are hard. Why don’t you just call the place where she got the car?”

Him: “Look at the picture you took – there’s the dealership sticker on it.” They gave me the hit and run drivers name, address, phone number and the day she bought the car. I called her. She hung up. I texted – no response.

The police (and I assume the defendant) were surprised I got the info so quick. Hope she has insurance. My neck and low back hurt.

I went to urgent care that day. Then to see my new chiropractor last week. I think I’ll file suit against her this week. Need to find a good lawyer. Don’t want to have a fool for a client….